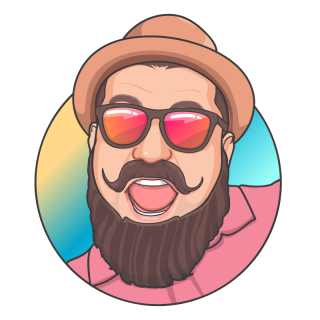 Over the last couple of years there has been a structure forming on the seafront in Brighton, Sussex, UK. This month it finally opened on the 4th August 2016. It’s known as the British Airways i360 (i360). It’s a 360º viewing platform. The British Airways i360 is also the world’s first vertical cable car and the world’s tallest moving observation tower. The team expects the tower to appear in the 2017 Guinness Book of Records as “the world’s slenderest tall tower”. After reading this I had to travel down to see what it’s all about.

When you arrive in Brighton you cant help but see the strange straight tower. At first I thought it looked a little odd and out of place, even more so without seeing the 360 pod on it. It just kinda stood there looking awkward. But once the pod is moving slowly up the poll it looks a lot cooler. Very space age.

Brighton has always been a place that encapsulates modern Britain. A very liberal town with so many different contrasts throughout. From architecture to cultural diversity, from sexuality to good old fish & chips. You could say, Brighton has it all.

Well it didn’t until now. The i360 has brought a whole new look to Brighton and I think it is a positive step forward to keep Brighton a much visited tourist destination within Britain. Check out more info and stats of the i360 on Wikipedia.

You can book a time slot online. But I took a chance and visited the ticket office at the base of the tower. It was 4pm and the next available slot was 5pm. The ticket cost me £15 which I think is very reasonable.

It was a little busy, but understandable because it was a beautiful English summers day. Us Brits love to head to beaches and expose our flesh with no lotion until we’re burnt to a crisp. A British holiday isn’t a holiday unless you get in the shower after spending all day at the beach and scream your head off when the hot water touches your piercing red burning skin!!! HAHA :0

Sorry I digress. After getting my ticket I headed on through to the waiting platform beneath the pod via security and a photographer. This gave me an opportunity to take some shots of the pod go up and down.

It takes the pod 20 minutes to go up and down. Because their were free spaces on the next trip I was able to get on early, this was perfect because my wife and kids were waiting for me, RESULT!!

Right at the top.

People wave at the pod arriving back.

I was near the back of the queue, I was hoping I was going to get a good view. We all filtered in and I was pleasantly surprised by the awesome air-con that was filling the pod. Perfect after being outside on a hot summers day.

The positions next to the windows were all taken very quickly and the crowd was 2-3 deep. There are seating areas but if you want to look at the view it’s not the best way to see it.

Because of all the decent positions taken I thought the next best thing would be to visit the bar. YES you heard me, A BAR!!!! Now before you get to excited, it’s only open until it reaches the top and for one glass of bubbly it set me back £10!!!! WOAH, I’ll keep this quiet from the mrs. Note to self; “don’t let the wife read this blog” Insert >worried face :/< haha.

Whilst purchasing a new house, whoops, sorry I meant a glass of champa’s I didn’t realise the pod had already started moving upwards. I couldn’t feel a thing. Yes the weather was very calm outside and I’m not sure what it would be like if it was blowing a gale. However I have been informed that it’s built to withstand such gales and with little movement. Maybe I should go back when it’s more British like 😉

Once I got over the price of the drink (other drinks are available after re-mortgaging you house) I made sure it lasted the 20mins to get my monies worth, I headed to gaps in the crowd as people started to move around the pod looking at the different views you get up there.

The views were pretty special. But as a photographer I was annoyed slightly by the amount of glare you get from the pod glass. The pod is made from the same people who made the pods for The LondonEye. Glare is kinda bad there but here it’s very bad. I was wearing a hat so I took it off to try and help block out the reflections. It kinda worked but because the pod is an oval shape reflections always leaked in from somewhere.

Ok so my glass of champagne was now drunk and I did pretty much a 360º walk. I was very happy with my experience. The staff where very helpful, which is what you expect from British Airways. The pod totally surprised me with no motion being felt as it lifted and descended.

It felt good to see Brighton from above and I think this attraction will pay for itself. I think the tourists are going to love seeing this perspective of Brighton just like they do with The LondonEye.

Me enjoying the view.

Just a couple of tips: Try hanging back when it’s completed its decent to let everyone leave and take some shots. The clean futuristic look is so so good to shoot.

Also if the sun is shining try and shoot in the pod where the centre poll is casting a shadow on one side of the window. It will help get rid of a lot of glare.

I’m not entirely sure what they will do in the winter when the weather turns but I’m sure what ever it is it will be a success.

Now British Airways i360 when are you going to do a instameet here and when do I get my invite to return? 😉

If you’re down in Brighton or driving through I highly recommend you do this experience at least once. I know I’ll be going again when the weather is more moody looking. Everything changes when the weather changes.

Well done BA and everyone involved on a successful attraction.